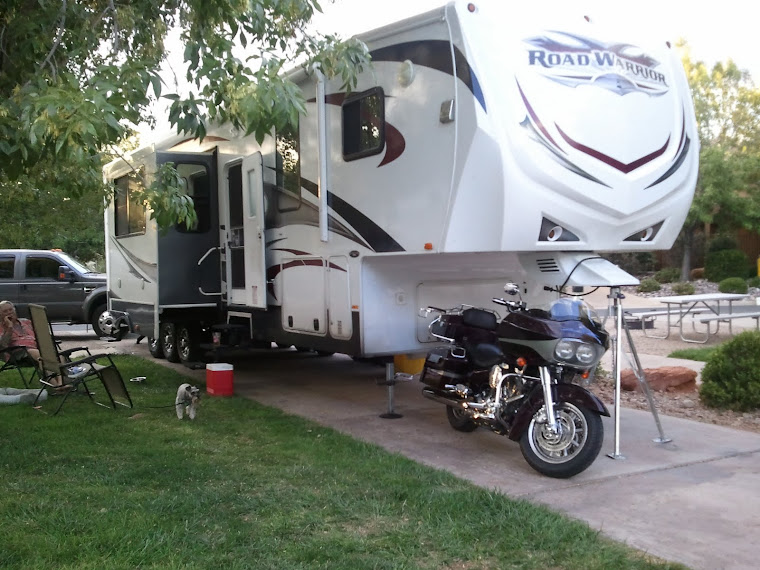 They say it's your birthday.... 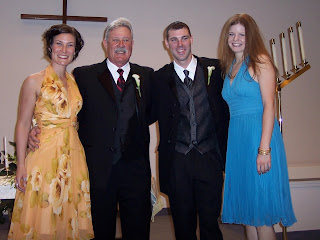 The four most precious people in the world--2005
Ahh...everyone should get spoiled on their birthday!  I'm so blessed to be married to such a Sweet Pirate!  Yep, after 11 years, he's still a 'Keeper!'

I'm looking forward to seeing and hearing from all my kids today, playing with the pups, being as lazy or busy as I want to.  Right now, LAZY is winning.  Although, if I were a little more ambitious, I'd be working on the 'give-away' items I've been stuffing into our loft above the dining room here in the condo.  The pile just keeps getting bigger and bigger!  I am going to give Tracie some treasures today...mainly my cookbooks.  I've been writing notes to her in them ever since she started writing 'notes' to me in my big one.  When Tracie was just days old, my Mom brought me the coolest, handiest cookbook I've ever owned.  It's actually an Encyclopedia on Cooking.  Little Missy scribbled in it when she was a toddler, and that's what made me think to write notes to her!  I hope all mothers out there think of this...it is truly a treasure for the recipient.  My Mom started doing the same for Tracers, too.

Parting with items has been easier than I thought...for me, at least.  We'll see how Pirate feels about it all once he gets down to it.  Of course, knowing that most of the 'heirlooms' (to us, anyhow) will be taken by the kids helps alot.  I was most worried about the dresser my Dad built out of cedar for my Mom when they were newlyweds.  Thanks, Tracie!!  Tony and Amy will get a bunch, too.  Dining table, furniture that was Pirate's Grandfathers...  I'm glad we are starting so early...can't imagine having to dump a houseful of treasures in a short time...now THAT would be scary!

Beautiful weather out there today!  I suppose I should probably do some dirt-digging outside...we'll see how lazy I feel later, hee hee!